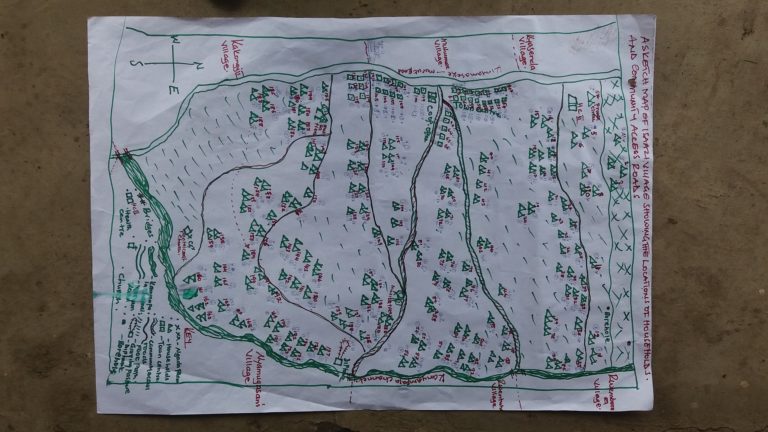 Participatory mapping with poverty ranking can be performed to assure that poorer people not are excluded from research in communities. Photo: Erika Chenais

Participatory epidemiology (PE) is a methodology initially developed in veterinary epidemiology research to collect epidemiological data in contexts where conventional quantitative data and statistics are unavailable. It has contributed to important new knowledge on animal disease in low-income countries, for example in the eradication of rinderpest* and the understanding of African swine fever transmission in the smallholder pig value chain.

PE has been praised for its ability to engage participants, visualise data and enable people with no or low levels of formal education to communicate their knowledge in ways that researchers can relate to and analyse. The veterinary application of PE stems from participatory methods and was first used in development cooperation to make projects better attuned to local needs and priorities and to investigate impacts of poverty. Historically PE has struggled with finding ways to simultaneously embrace the participation and knowledge of local livestock owners and applying methods and producing data that would be accepted and publishable in veterinary epidemiology journals. With increasing interdisciplinary engagement in recent years this has begun to change and there are now more and more studies that are guided by the participants own priorities and where suggested solutions are co-created according to these priorities and the local situation.

To stimulate this positive trend, and promote the furthering of PE as a participatory method we invited researchers from all disciplines interested in methodological development of PE to contribute to a special issue in Preventive Veterinary Medicine devoted entirely to this subject. The special issue is now published. The included articles stimulated methodological development and an academic debate about how power dynamics within communities and between participants and researchers as well as within the research community might impact information sharing and mutual understanding. Several of the published articles highlight the importance of that research embraces smallholders’ own priorities of animal health constraints, and call for an increased acknowledgement in the research community about that these priorities might not correspond with researchers’ priorities. Articles in the special issue show how embracing smallholders’ priorities can lead to more feasible and sustainable biosecurity measures, improved implementation of these, and in the end thus better disease control that can help smallholders improve animal health and escape poverty. 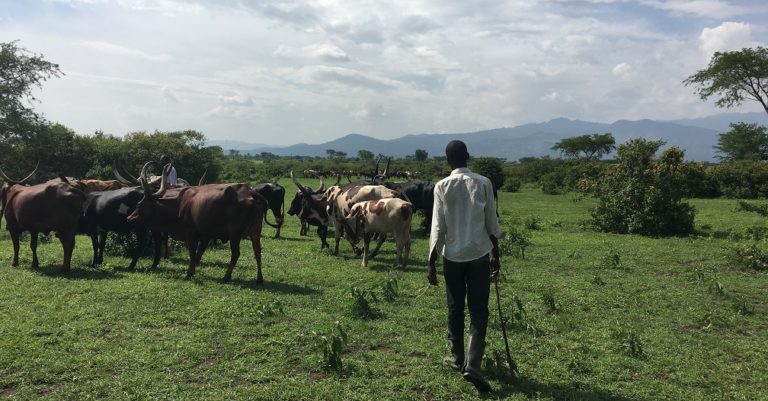 Individual interviews can be important for capturing perspectives of marginalised community members, such as herders. Photo: Erika Chenais

Moving forward, the articles indicate that the next step in the methodological development of PE, after successfully discussing participation, could be to call for greater interdisciplinarity. To be effective, interdisciplinarity needs to be present from project formulation and implementation to publication. Not only will this lead to methodological development, but more importantly to research outputs that are of greater local relevance and better scientific quality. The interest generated by these articles among social scientists and veterinarians interested in studying the societal aspects of animal diseases indicate that PE is developing in this direction.

You can read an introduction to the special issue here:

And all articles are reachable here:

A herd of animals can be the only source of income for many families in areas like northern Uganda or southern Africa. Farmers with poor access to infrastructure and capital struggle to address and manage disease outbreaks, which can wipe out a household’s economy. Worldwide 750 million low-income livestock farmers depend on healthy animals for their productivity and livelihood. So, yes! Animal health matters.

But so far, we know very little about how perceptive farmers are and what their response to disease outbreaks is. A seminar ‘Exploring the Whys and the Hows of epidemiology: Integrating social sciences with veterinary research for better understanding and action towards improved animal health in the Global South’  held at the Swedish University of Agricultural Sciences, SLU on the 20th of November, 2018 explored a broader picture of how scientists  across disciplines see  the way local farmers understand the diseases and prevention mechanisms.

Why epidemiology is important?

The role of epidemiology in animal health is to identify the risk factors and the causes of disease outbreak. This knowledge provides a base for interventions which can ultimately prevent an outbreak or an epidemic. With that, epidemiology is crucial for poverty reduction and plays a vital role in increasing resilience toward risks of epidemics in low-income countries.

Even though our scientific knowledge about animal diseases has stepped forward, disease control leaves much to be desired. For instance, African swine fever continues to spread from Africa to Europe and Asia, harming many pig farms.

Karl Ståhl, Swedish National Veterinary Institute (SVA), traced an African swine fever outbreak through a trade route in Northern Uganda. He found that local pig farmers knew very well the clinical signs of the disease and how it spreads. They could even identify the potential control mechanisms. But as soon as they noticed sick pigs, they sold them to secure their income.

It became clear for Karl and his team that what they were facing in Northern Uganda is not the lack of knowledge by the farmers, but rather the lack of information on specific needs and circumstances of pig producers and supply chain actors during the outbreak. To solve the problem, Karl suggests it is necessary to bring in societal aspect into the equation. In his opinion this will help to find solutions that fit with local socio-economic and cultural context.

Is interdisciplinarity the way forward?

Social science still remains on the periphery of disease outbreak management – social sciences are rarely integrated into epidemiology. However, it is becoming apparent that quality disease prevention isn’t possible without considering socio-cultural, economic and political dimensions. This engagement can be done through an interdisciplinary approach.

Learning from the Ebola outbreak in West Africa, Paul Richards (Wageningen University) suggests to look beyond the classic idea of epidemiological and biomedical approaches and take into account human emotions.

During the early phase of the Ebola outbreak, epidemiologists built Ebola treatment centres to bring in patients, or suspected patients, hoping to isolate the patients’ from the outside world. But this created anxiety among patients and their families. The disease continued to spread.

By 2013, Paul together with locally trained field assistants used anthropological approach to collect information through real-time action-research. Human emotion appeared to be the missing link to the treatment – families needed to be able to talk to each other and have meals together. As a result, Paul’s team recommended to build more community quarantines so that families could be close the patients. Through watchful care and close communication between patients and their communities, the epidemic was eventually brought under control.

Participatory epidemiology has been influenced by Participatory Rural Appraisal (PRA), an approach that puts local participation at the heart of the process. However, participatory epidemiology has been adopted largely by natural scientists, who usually focus on m research quantitative methods. Meanwhile, from the experience of social scientists, statistics do not always reflect the reality of local communities. So, well-tailored solutions require real participation form the local people.

Klara Fischer and Erika Chenais’s work in Uganda is an attempt to engage a local participation in an epidemiology study. Instead of using a top-down approach, Klara and Erika let local perspectives guide their study. They used several participatory methods, such as participatory wealth-ranking and focus group discussion to understand how a community can prioritise, understand and deal with cattle diseases.

Susanna Sternberg Lewerin confirmed the value of a participatory approach in disease prevention practices. For her, it was important to create a relaxed atmosphere during participatory discussions and recruit local facilitators who could facilitate in the local language.

So, how can diseases control benefit from cross-pollination between veterinary epidemiology and social sciences? There are at least three ways:

This article was originally published at SIANI.