GAP21 stands for ‘Global Animal Production in the 21 Century‘. No animal production system is perfect. Each culture has their own traditions regarding animal husbandry. Every country faces their own challenges. Let me show you what I have seen and learned thus far: One photo at a time. 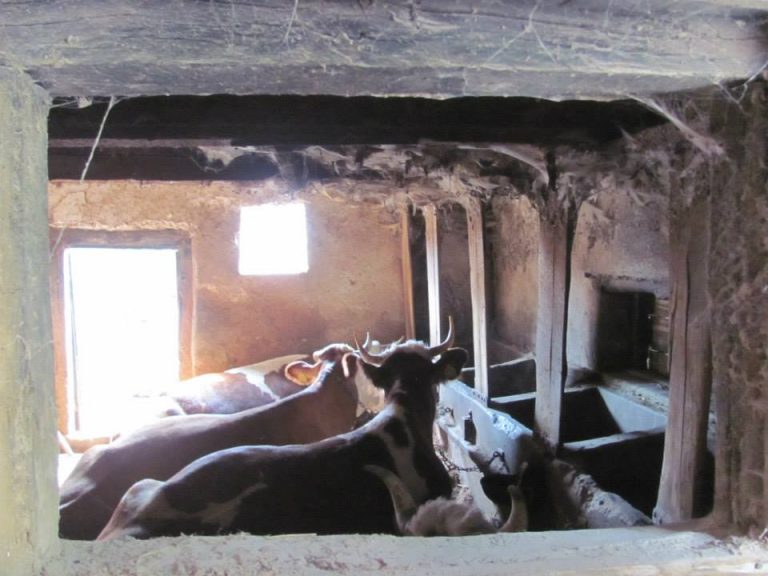 During a project in Romania we were welcomed at a small, traditional farm which
included a few dairy cows. Because of the language barrier we were joined by an
interpreter who ensured the communication between the farmer and us. The tied
cows looked healthy and at ease but I was disappointed to hear they never grazed
outside (‘too hot’). When the interpreter pointed at the spider webs and explained
they were never taken away on purpose, I thought he had translated wrongly. But
he hadn’t. The Romanian farmer was convinced that spider webs contain a natural
form of penicillin that contributes to the cows’ health. I must admit I thought it was
kind of silly at first. But can you say it’s not true?  Actually, the few studies that have
been done seem to point towards such a finding… Try to keep an open mind, always.