As you may know I am currently following the course ‘The Use and Biology of the Horse’. This week we’ve had several fascinating lectures, the days were long, but satisfying 🙂 Monday we started off with a class at the Swedish National Veterinary Institute (SVA) about parasites in horses, given by researcher Giulio Grandi. The lecture was built up in different blocks; what parasites exist in horses, how to recognize infection and how to control parasites. And after the lecture we were invited to have a look at the lab.

I don’t want to go into nasty details about how exactly parasites damage a horse from the inside, but trust me when I say that some of these little creatures can be extremely harmful. Up to this day 41 different species of parasites have been described in the horse, however about ten species seem to be dominating and we don’t know why (yet?). Most parasites are very well adapted and some species’ eggs will survive even when it’s freezing, meaning pastures can stay infected for several years.

“Removal of faeces from pasture twice a week during summer is more effective than deworming.”

One of the parts that intrigued me most is about the control of parasites. Dr. Grandi told us that eradication of parasites seems impossible – we should accept that parasites will always be there. Management with the aim to protect horses from the negative effects is the way to go. And let it be clear: Control of parasites is not the same as deworming. Studies from England have shown that removal of faeces from pasture twice a week during summer is actually more effective than deworming. Though egg counts combined with selective deworming seems to gain popularity, it wasn’t that long ago that preventive deworming every 6-8 weeks was common practice. And as the ‘newest’ anthelmintic drugs were developed in the eighties, it is not strange that anthelmintic resistance has become such an issue these days. This resistance is even more problematic as in poor countries these same drugs are relied on for human parasite control.

I could keep talking about parasites for another hour, but it was my intention to try to make my posts a little shorter.  However if you have any thoughts on the subject, please leave a reply. And finally here a few photos from the lab (with permission). As they were made with my phone maybe not the best quality, but just to give you a small impression. 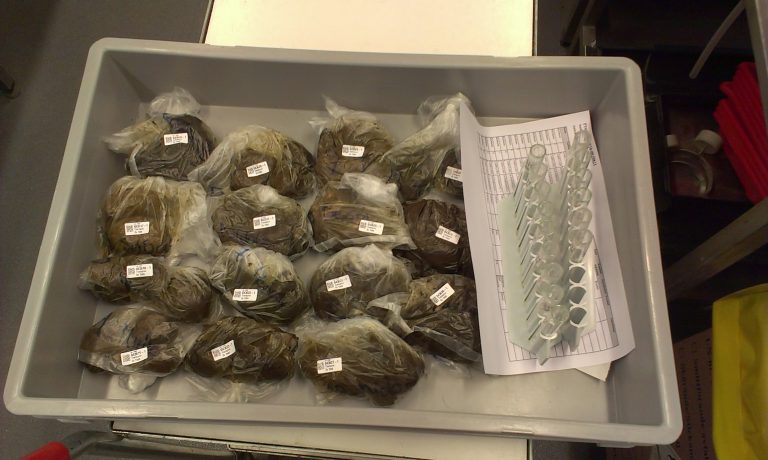 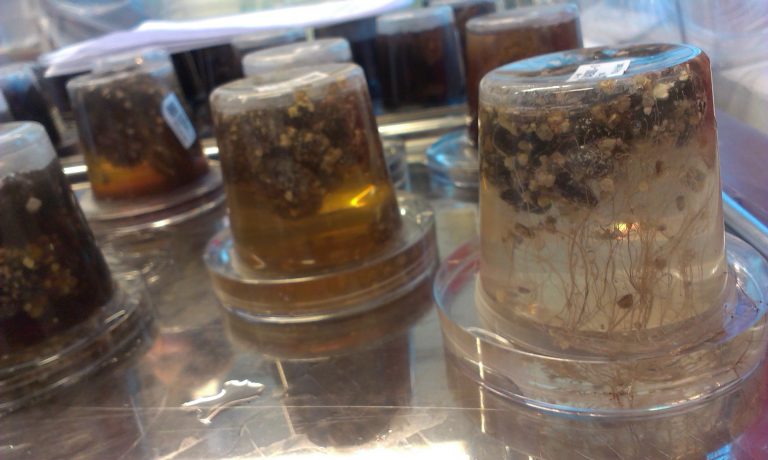 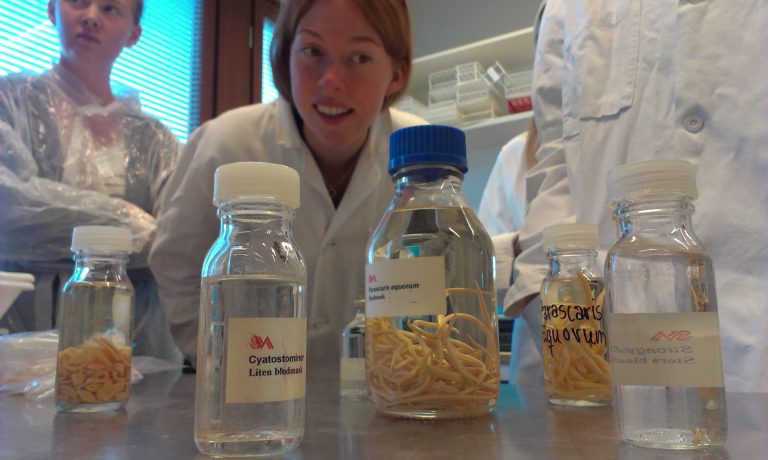 Upper left: Incoming faecal samples. Upper right: Besides egg counts there are several tests to analyse the type and degree of infection even further. I think this was a larval culture. Under: My classmate Astrid taking a closer look at the actual (preserved) parasites.