Last week we collected the last data for the preference tests. Meaning our project is slowly coming to an end. But before handing the chickens to their new private owners, we wanted to get some more information from them. During the project we’ve executed home pen observations, location & behavioural observations in the preference pens and the eggs produced were registered per pen. Now it was time to get a better picture of the status of the hens.

“As an indicator for the amount of aggression in the pens, we scored the damage of feathers, combs and claws.”

Therefore we’ve done some ‘integument scoring’: Rating the condition of the feathers. As an indicator for the amount of aggression in the pens, we scored the damage of feathers, combs and claws. Additionally we weighed all the hens, curious to further differences between the light treatments. It was quite an interesting experience to have a closer look at the birds. Most of them were very calm while we handled them, counting scratches and spreading their feathers. One or two birds seemed to disagree with our ideas and decided to peck at us! It seemed that there were very few birds completely intact, but there were very few birds with severe damage either.

Here some photos for you to get an idea of the differences we’ve encountered: 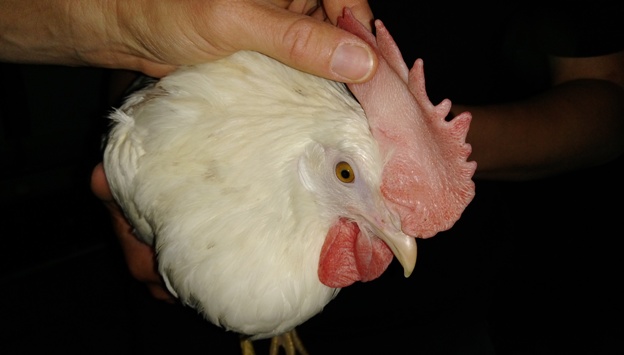 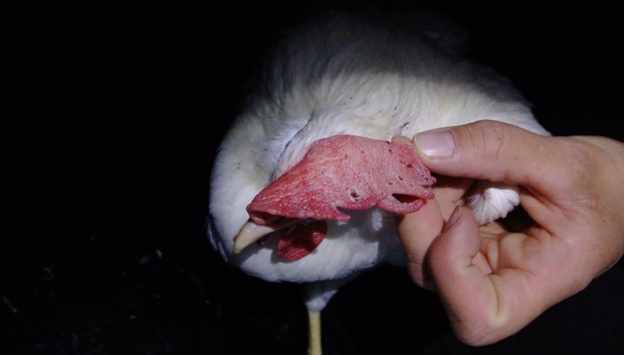 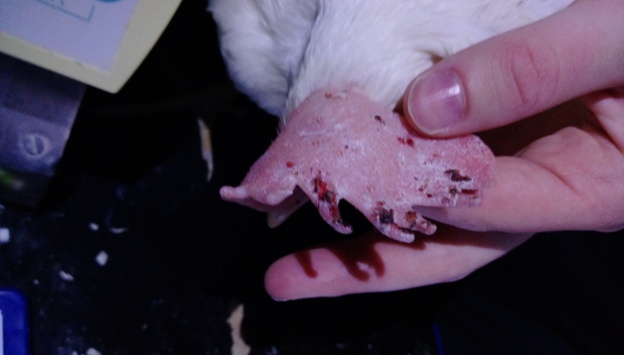 We were very happy to see that most birds appeared to be in great condition. It will be very interesting to see if there are differences between the light treatments. Coming weeks I will work on the data analysis, so we’ll know soon!

Any questions? Please leave them in a reply below.