Since a few months I have been doing behavioural observations of the chickens as part of my degree project. However, soon I will start with the second part of this research project as well; the preference test. The idea is not to difficult to understand. A certain space is divided into two or multiple areas with one same variable that is different for each section. Then the animals are put in the space with the ability to roam around freely, and their locations and behaviours are scored. In the end you can see if the animals seem to prefer one section over another or whether their behaviour is different in one of the sections. To not have any bias of the results, the different sections should be as identical as possible.

In our case the variable is the wavelength of light. The test pen will be divided into two zones with different types of lighting, which are separated from each other by black plastic. The animals involved in the preference tests are the same chickens from the behavioural observations. I will be the observer of the behaviour and location of the chickens. So far it sounds pretty straight forward, right? Now have a look at the model I made of our pen: 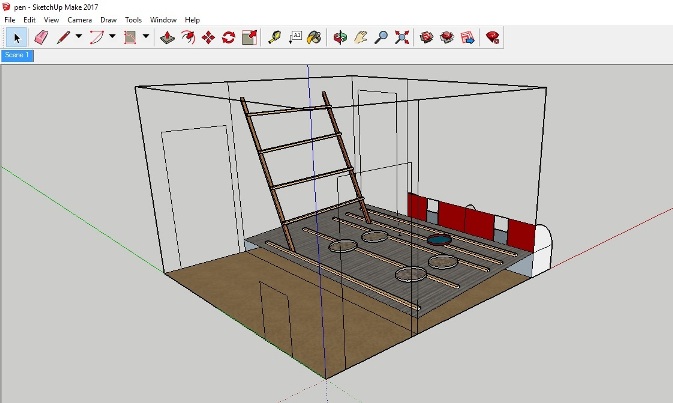