A few days ago I met with my Dutch friend Kristi while being in the Netherlands. Kristi and I met during her Erasmus exchange in Uppsala and we’ve been in touch ever since. I pick her up from the train station, and though she has been travelling for hours, she is as cheerful and energetic as usual. Kristi continued studying animal sciences for het masters degree at Wageningen University and feels most passionate about animal breeding and genetics. Let’s hear what she has to say about her time at SLU and what she’d like to reach within the field of animal science. 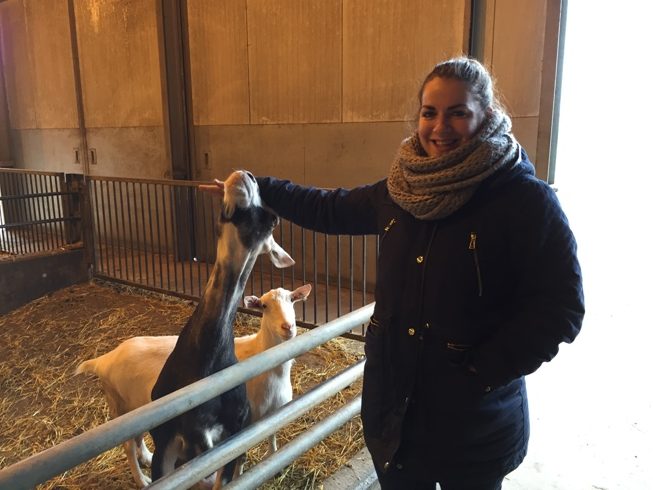 When asking Kristi why she chose to study in Sweden she tells me she just really wanted to go abroad somewhere. “I wanted to develop myself as a person, become more independent and  I wanted to prove that I am actually capable of doing something like this.” Everyone had told her she wouldn’t be able to do it, studying abroad. The result? She started looking in which country she’d like to apply. SLU offered courses of interest to her and the website was easy to understand. In the end she followed some different courses than originally intended, but enjoyed them a lot either way. “I had made a long list of courses that were appealing to me, these weren’t number one and two, but still they were extremely interesting”.

“I’d rather focus on production animals as I think there is more left to improve for them compared to companion animals.”

While in Uppsala Kristi took the courses Applied Animal Behaviour, Ethological Methods & Experimental Design, Dog & Cat Nutrition and Dogs & Cats Genetic Health and Reproduction.  The courses were a bit easier then expected but she enjoyed the topics a lot. “In the Netherlands there are less possibilities to follow courses on dogs & cats as the focus is more towards production animals, not pets.” I ask her if she considers the possibility of working with pets in the future, but her answer is clear. “Advising pet owners is really difficult because of the huge amount of emotion involved. Besides, I’d rather focus on production animals as I think there is more left to improve for them compared to companion animals.”

I am curious how she experienced her time in Uppsala. She tells me how she really liked the Swedish culture. “In the Netherlands everybody seems always busy, stressed and focused on result.” She explains how she feels that Swedes are more living in the moment. It’s not that people were lazy, but the society felt simply nice. “I found life very beautiful in Sweden.” She absolutely loved the social life in Uppsala and is very excited when speaking about the Nations. “Amazing parties and a wide range of night life, there is really something for everybody.” When I asked her if she did much else besides studying and partying we both burst into laughter – we’ve partied quite a lot together. But giving it a second thought she tells me she went hiking frequently with one of her friends. “We’d mainly hike in the forests around Flogsta, I miss that a lot.” She thinks for a second or two and adds: “I will go back one day. That’s for sure.” 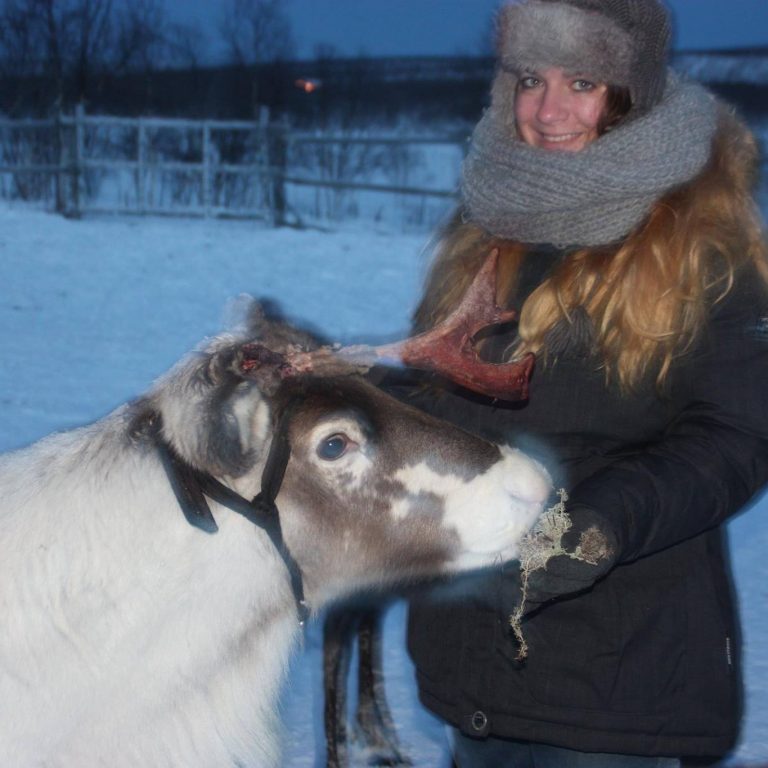 We’re not finished yet as I am curious to what keeps her busy now. She started the master programme of animal sciences at Wageningen University last semester and will specialize in animal breeding & genetics and adaptation physiology. She has already started working on a degree project focused on pigs. I wonder if she found it difficult to make a choice regarding specialization. “Not at all. When I had to choose studies my first choice was veterinary sciences. When I didn’t get a spot in that programme animal science was the obvious second choice. But from the start I have known I wanted to specialize in breeding and genetics – I’ve been passionate about the topic since high school.” She added adaptation physiology as she enjoys the practical side of this field of science.

“Doubting whether you should study abroad or not? Just do it!”

Finally I want to know about her dreams – in a perfect world, what would she like to do? Does it involve genetics? It’s not an easy question to answer and it takes a little while before her smile widens and she speaks again. “I love pigs and goats. The de-horning of goats is a huge issue in the Dutch goat production.” She explains how there are some existing breeds which don’t grow horns at all. Unfortunately these breeds produce barely any milk. “Maybe we could cross these goats somehow and work with hybrids. To breed a naturally hornless, but productive dairy goat.” Her ideas and enthusiasm are heart-warming. As a last question I ask her if there is anything left she’d like to add. “Yes!”, her eyes sparkle, “Go for it!”. It takes me a few second to realise what she is talking about. She clarifies; in the Netherlands we have a saying that in case of doubt, you should not do it. Kristi convinces me that the case of studying abroad is the exception to this rule. “Doubting whether you should study abroad or not? Just do it!”

I’d like to thank Kristi for her time and contribution. This interview was the first of a new series I named ‘Inspired by’, in which I’d like to introduce you to other people and their perspectives. If you have any ideas, questions or comments please write them below.