Another course I’d like to talk about is the course tropical livestock production. I took this course last spring semester and I enjoyed it quite a lot. Our study programme is mainly based on animal production systems in the Western society. Generally examples are taken from the national production, but both universities in Sweden and the Netherlands have shown some aspects of other production systems within Europe and the US. However, I felt that after finishing my bachelors degree my understanding of animal production in other places of the World, was still quite limited. As this course focused on animal production in hot climates in countries of lower economic wealth, there were many new things to learn.

“Goats have some fascinating anatomical and physiological features which make them perfectly adapted to the tropical environment.”

The course was organised by the departments of Animal Nutrition & Management and Animal Breeding & Genetics and worth 5 ECTS credits. The lectures included tropical livestock production systems of several species, but most time was spent on ruminants. To me it was very  interesting to learn about the importance of goats in the tropics. Goats are not a large investment, can live off a relative small amount of land and they can stand seasonal shortages of feed. And they have some fascinating anatomical and physiological features which make them perfectly adapted to the tropical environment. Thanks to their narrow bite and split upper lip they are able to select better compared to other ruminants. As you may know goats are real athletes, meaning they can browse at higher level standing on their hind feet only or by climbing trees. Physiologically speaking goats are able to deal better with tannins, the toxic substances in plants which from time to time cause trouble to ruminants in the tropics. Not only are goats able to detoxify higher amounts of tannins, they also select plants containing different tannins which prevents from the harmful accumulation of one type of tannin. Isn’t that remarkable? 🙂 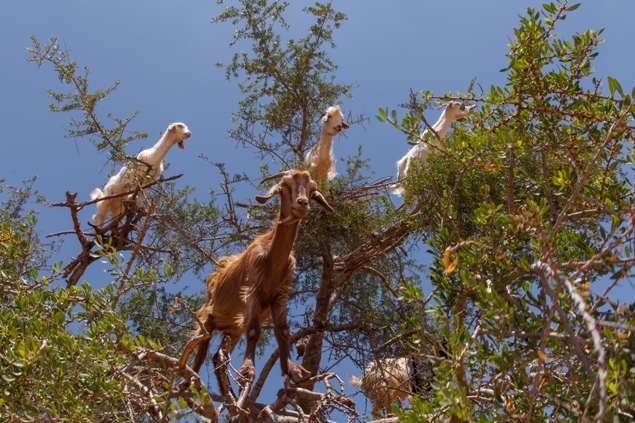 Besides the lectures part of the course consisted of an individual project. You were free to choose your own topic as long as it was related to the course and it had to be approved by the course leader. I chose to write about the impact of the increasing cattle production in the Amazonas. There is a lot to find about this subject, but finding objective, recently published articles wasn’t easy. It was extremely interesting and I learned a lot diving into this matter, even though it was not a very cheerful topic… I’ll explain all about this project in a next post 🙂

Any questions? Comments? Don’t hesitate to leave them in a reply below.
Rosan