This post is the last one in a mini-series named ‘Into the Arctic’, you might want to read part 1 and part 2 first. The second and final destination for us to stay was the National park of Abisko. An unique nature reserve and one of the most famous places to watch the northern lights. Or as the sky station of Abisko puts it ‘Abisko, in the middle of the auroral zone, is considered to be the best place on earth to see the Aurora Borealis. With its fresh, clear air and its practically permanent cloud-free sky the prerequisites in Abisko a re optimal. More or less active northern lights can be seen almost every night.‘ Creates some expectations, doesn’t it? Unfortunately, both nights we spent in Abisko were so cloudy we couldn’t see any aurora, even though there was a lot of activity. A bit disappointing, but Abisko itself was still very impressive.

With a small group of friends we went on a morning hike along the riverside. The track was marked well, but the thick layer of snow was from time to time quite a challenge. It was stunning. And the quietness of the place was wonderful. It was a lot of fun to let yourself fall down in the snow. We didn’t see many animals on the way, but we did see lots of funny tracks and surprisingly quite some insects. Who would have thought? 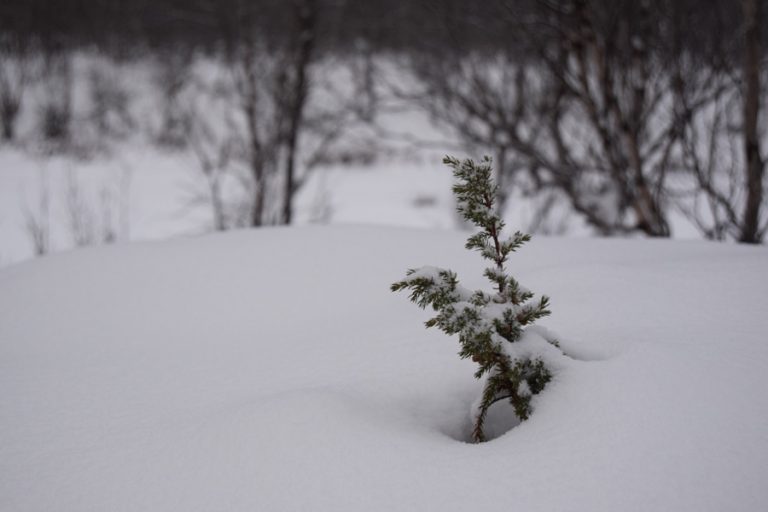 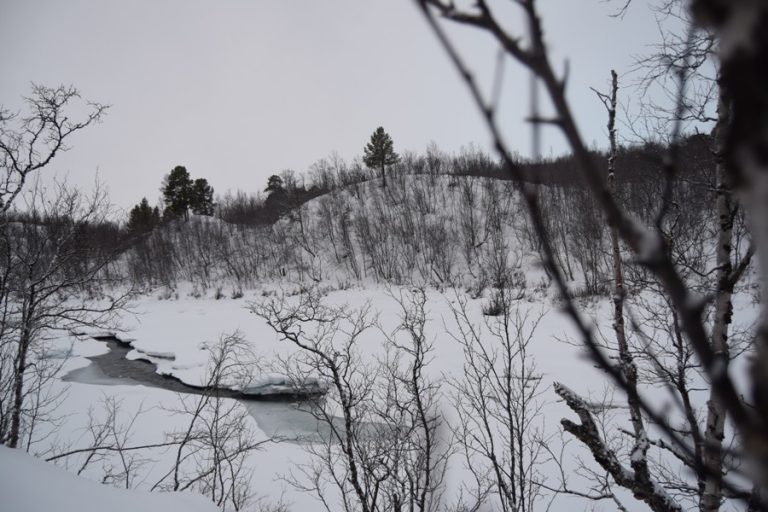 Lots of snow in the National park of Abisko

On the last day before departure we were offered the possibility to take a trip to the fjords of Norway. Everybody had been hoping for this to happen, but depending on the weather conditions the road might have been closed. Early morning in the hostel everybody was asking everybody for an update, though everyone knew we wouldn’t hear until we met in front of the bus. The good news was: The road is open! The bad news: A truck got stuck in front of our bus on a dead end road. Nobody knew how long it would take before it would move out of our way… however in the end it didn’t take too long and we started our journey. It was incredibly beautiful, up in the mountains, first seeing some lakes and soon… the Atlantic ocean 🙂 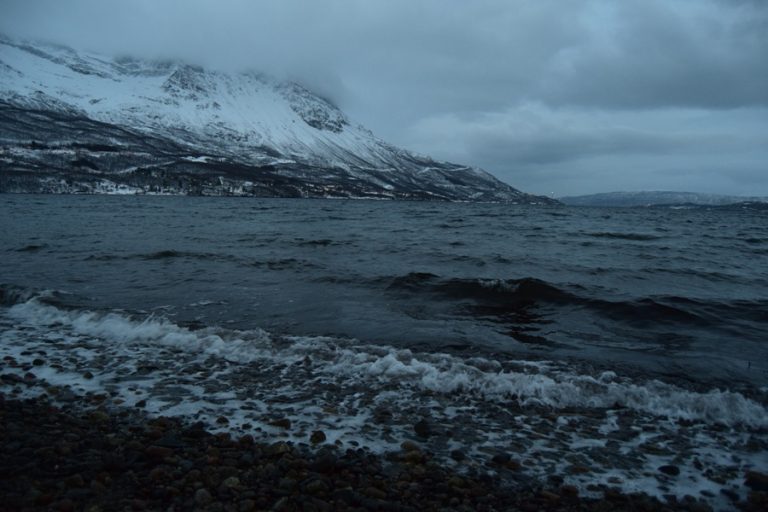 In Narvik we went out for a photostop and were finally dropped of in town. Here we all went together on a hike up the hill, which was extremely slippery. Me and some friends were betting on how many people we thought would slip and fall, but none of us expected these amounts of us to go down – it was crazy. I was really lucky though, as I had brought my ‘shoe-spikes’ with me. The view at the end point was marvellous and again a lot of pictures were taken. Back in the bus to Abisko we were getting already excited for our evening programme. We were going to enjoy a Swedish sauna, followed by… a jump in the lake. Yes, you’ve read it correctly. And yes, many of us didn’t think they would. And almost everyone did. Personally I totally loved rolling in the snow between coming out of the lake and running back to the sauna. What an experience!

And then, around lunchtime of our fifth day, we were gathering in front of our bus for the last time. It was time to take that tremendously long trip back home. Actually, it was even a longer trip ahead of us compared to our way up North to Kiruna. Nobody looked much forward to it, but our tour guide tried to cheer us op with some new movies. The real entertainment came not from the movies though. We had been only a few hours on the go when one of the girls shouted she was seeing northern lights! Everybody was shouting and laughing and looking through the windows. It was beautiful, really big and moving a lot, plus we were able to see it several times. Now our trip was absolutely complete, and before we knew it we woke up again in rainy Uppsala. 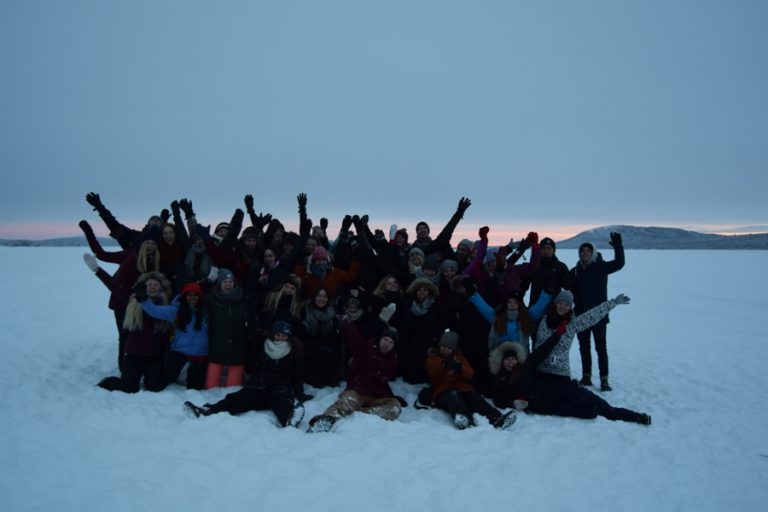