This post is a follow-up on Into the Arctic! (part 1). After a cosy evening in which our group got to know each other better, the next morning it was time to leave Kiruna and continue our journey already. The next destination for the night would be the National park of Abisko. There were two activities planned for today; visiting the world’s first Ice-hotel and getting a glimpse of Sami culture.

“Artists get permission to design and sculpt one room each, resulting in no room being the same in the hotel.”

The history of the ice-hotel is kind of a funny story. It started with art exhibitions out of ice in a kind of igloo like building. One night, back in 1989, all rooms in the surrounding area were booked for the night and a group of visitors asked if they were allowed to sleep in the igloo. And they loved the experience! That’s how the ice-hotel was born. Since then the ice-hotel has been built newly for every winter season. Artists get permission to design and sculpt one room each, resulting in no room being the same in the hotel. The rooms are open to visitors as an art exhibition by day and rented out as bedrooms by night. It ain’t very cheap to sleep here.. but it’s definitely a very, very cool experience. 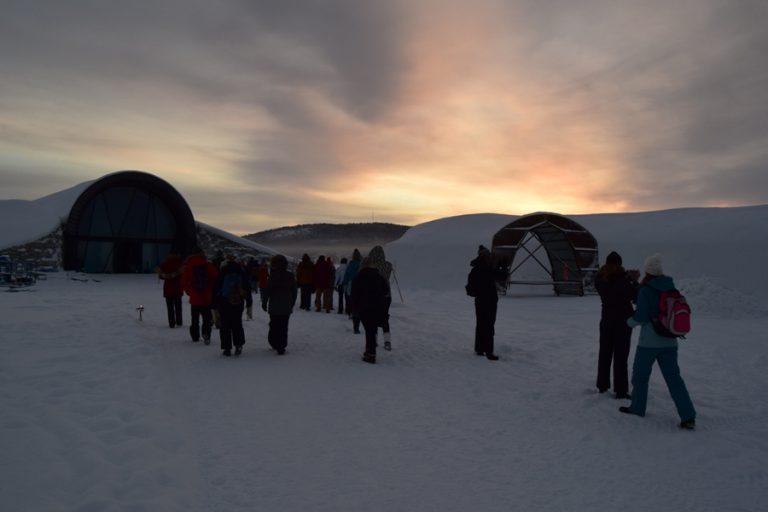 Outside the Ice-hotel. On the left you see the entrance to the new ‘365’

However this year a new part of the hotel had just been opened when we arrived. The ice-hotel 365, which will be – surprisingly, haha – open for 365 days of the year. That does also include summer! This new, year round ice-experience will be powered by solar energy. After all, the sun never goes down here during summer. Kind of funny though, keeping ice from melting by the energy of sunlight. It was really exciting to see the ice-hotel. Beforehand I wasn’t to enthusiastic about going here, but when we walked through the beautiful sculptured rooms I was absolutely amazed by the artworks. 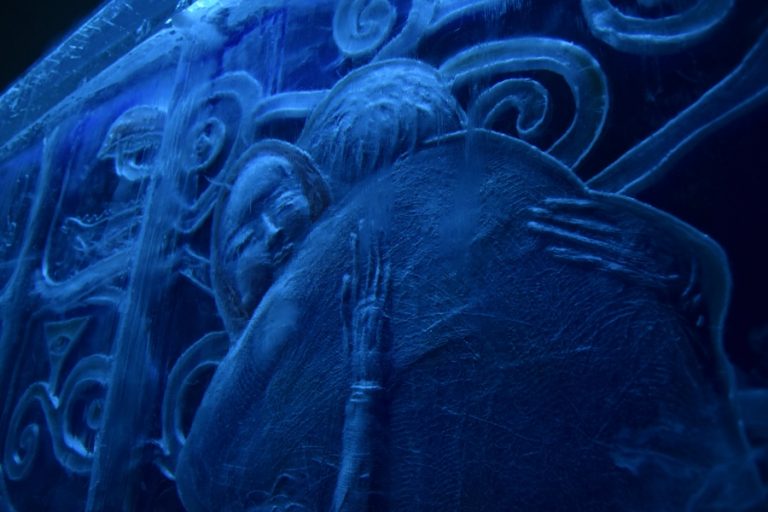 After the ice-hotel we went to visit a Sami family. This was something I had been really looking forward to ever since I learned more about this indigenous people of Scandinavia. Also we knew we were going to meet reindeer here up close, so you can imagine that my animal scientist’s heart skipped a beat when we finally arrived. The two guys who were welcoming us turned out to be not only really friendly, but also quite direct and joking around – not like your average Swede. The group was split into two once again, and while half of us went feeding reindeer the other half followed into the tent to listen about Sami culture.

Inside the tent it was smoky but cosy and it was nice to warm yourself around the fire. After all it was almost -20 degrees outside! The stories we heard were maybe not really what we expected but interesting either way. As one of the guy’s daughters recently got married we ended up talking a lot about marriage and the traditions around marriage in Sami communities. During the conversation we were served reindeer meat and some kind of reindeer broth. As I’ve been vegetarian for many years I kindly refused the offer. When I heard the others commenting they felt the drink tasted like ‘the smell of a wet dog’, I wasn’t too sad I had missed this. 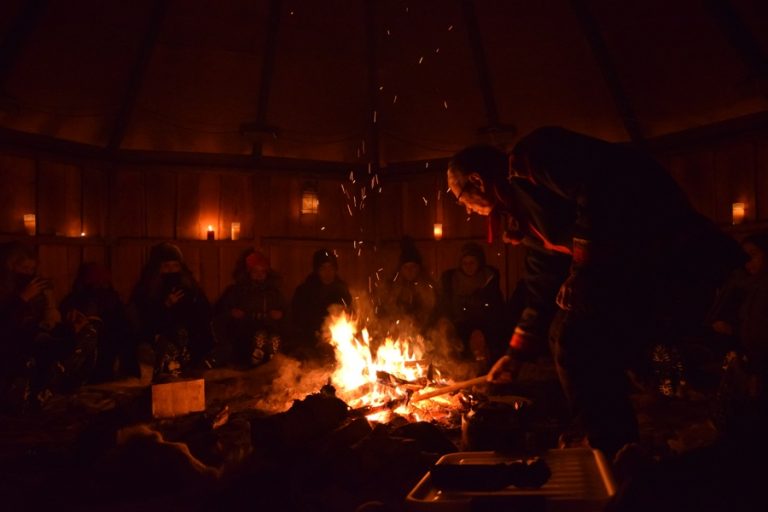 Outside the tent I had a lot of fun feeding the reindeer. They knew the trick and as soon as their owner came into the paddock with a big plastic bag some of them became very ‘cosy’. We could feed the reindeer from our hands which was a really lovely experience. You had to be careful though not to end up with one of the antlers in  your eyes as they seemed to move around quite carelessly looking for more treats. Unfortunately we didn’t get to know many details about reindeer keeping, but I still enjoyed it heaps. 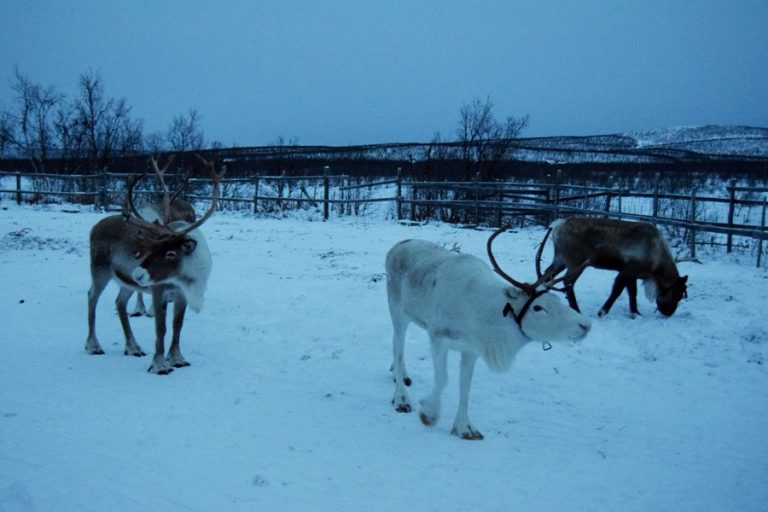 That’s all for now. Next week I will write a final post about our amazing journey through Lapland, including a trip to the fjords of Norway!