So I just came back home yesterday from this amazing adventure. The student union had put their heads together with travel agency Scanbalt to organise an amazing trip to Lapland. That’s how I ended up with way too many bags biking towards the central station where a group of excited students stood waiting to board the bus. Indeed, the bus. An approximately 1200 km, 18 hours journey was ahead of us…

“The famous yet controversial mine seems to be responsible for both origin and destruction of the town.”

You can imagine the joy when we finally reached our first destination: Kiruna. This most Northern town of Sweden has quite a fascinating story. Kiruna is located nearby the World’s largest underground iron ore mine. This famous yet controversial mine seems to be responsible for both origin and destruction of the town. Though I think it should be mentioned that before the town was built these grounds were already part of Sápmi. As mining continues the ground at the surface deforms which will make large part of the town unsafe to live in the future. Therefore half of the town – including the city-centre – will be either moved or demolished in the coming years, a massive project.

We started the day with a guided walking tour and visited the beautiful church and massive town hall. This church is one of Sweden’s largest wooden buildings and is open to any religion. Isn’t that a wonderful idea? The town hall seems a bit grey and industrial from the outside, but as soon as you walk inside this feeling changes rapidly. It is rather cosy, exactly what the architects intended, even though they based their design on the inside Alcatraz prison. 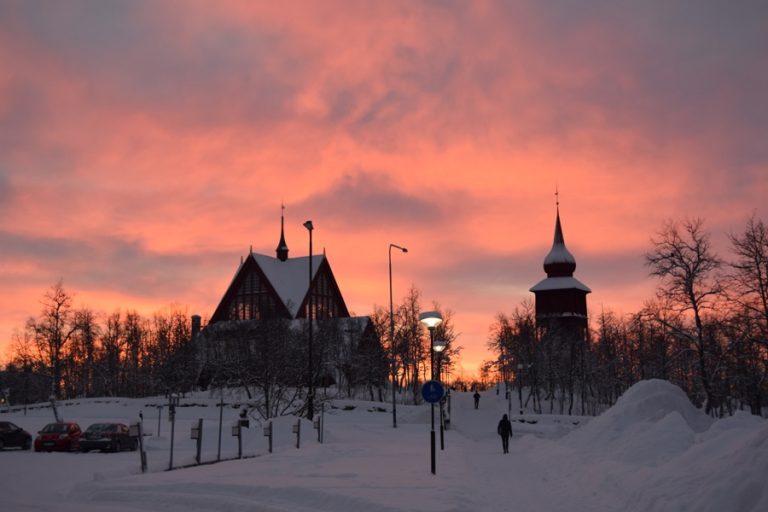 Everybody got really excited as it was almost time for our second activity that day. We were going dog sledding and driving snow mobiles! As we arrived a little early on the farm we had the opportunity to cuddle with husky puppies. No matter the cold, your heart just melted. Even though we were already wearing many, many layers we went to dress up with extra winter overalls before jumping on the snow mobiles. Driving the snowmobiles was so much fun, we kept shouting of joy while speeding through the snow. Halfway we had a break where we switched to the dog sledding after warming ourselves with tea and cake at a fireplace.

This was probably the happiest bunch of dogs I’ve ever seen. They were relaxed when left alone, but as soon as people approached they were extremely enthusiastic for cuddles. Their excitement reached even higher when it became clear we would climb on the sledges soon. Impressive how much weight these dog can pull through the snow! The team of dogs in front of our sledge were partly top-athletes; about half of them took part in World famous races in Alaska. I talked for a while with our dog guide and it was really interesting to learn about breeding, training and housing of the dogs. As an animal scientist you just can’t help yourself from keeping asking questions in situations like these 😉 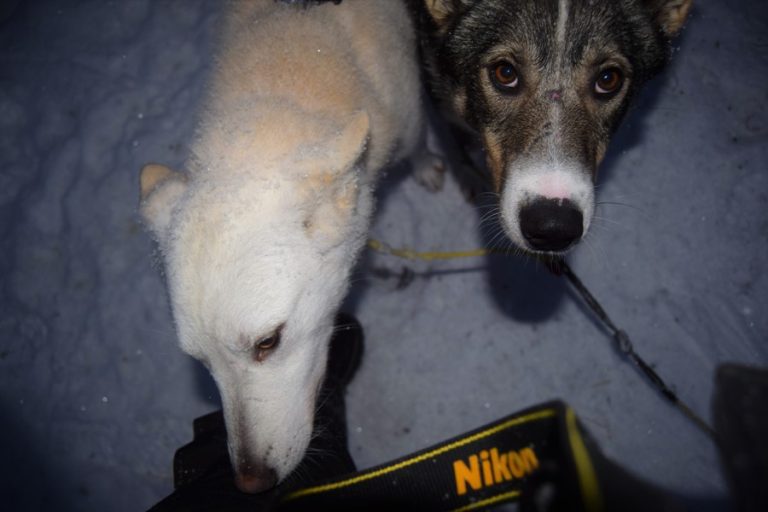 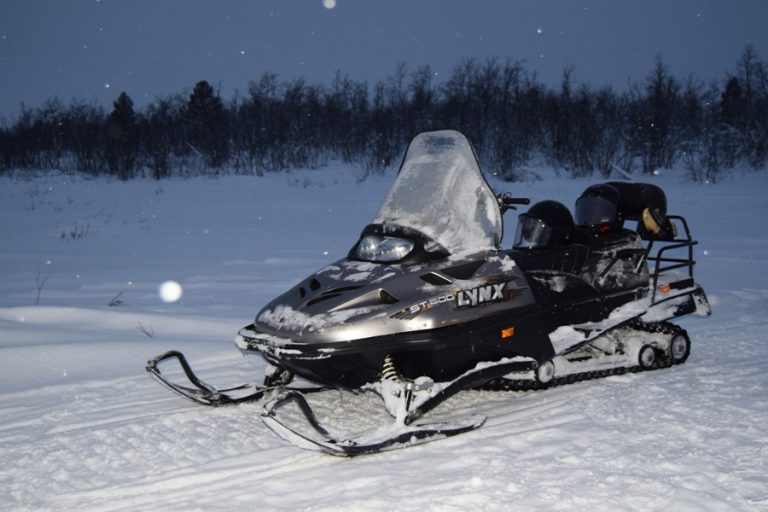 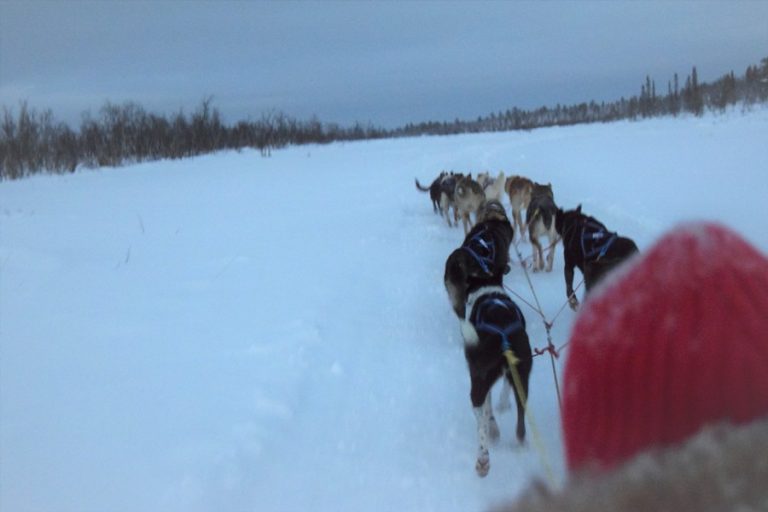 To prevent these posts from becoming incredibly long, I decided to split the story into several parts. In the next post I will tell you all about the eccentric ice-hotel and delightful Sami people we visited.