Lund and Uppsala seem to be in a continuous competition about which of the two is the nicest student city of Sweden. A friend of mine who has lived in both places for a while told me that Uppsala wins to him without any doubt. The reason? Lund doesn’t have a river. This might sound a little strange, but also to me the river of Uppsala – named Fyrisån – is the heart of the town. It was one of the first things I heard about this place, that a river crosses through town. Neighbours of my parents had travelled through all of Sweden and had totally fallen in love with Uppsala in particular. I remember them say that they felt it was almost ‘French’; with beautiful small bridges decorated by flowers hanging over the river. Needless to say this is one of my favourite places around Uppsala – and I think it’s a top pick from locals and tourists alike. 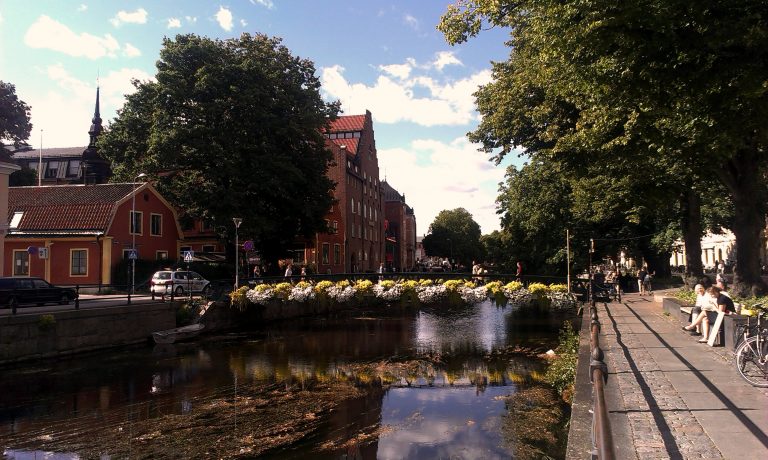 The flower decorations reflecting in the water, summer 2015 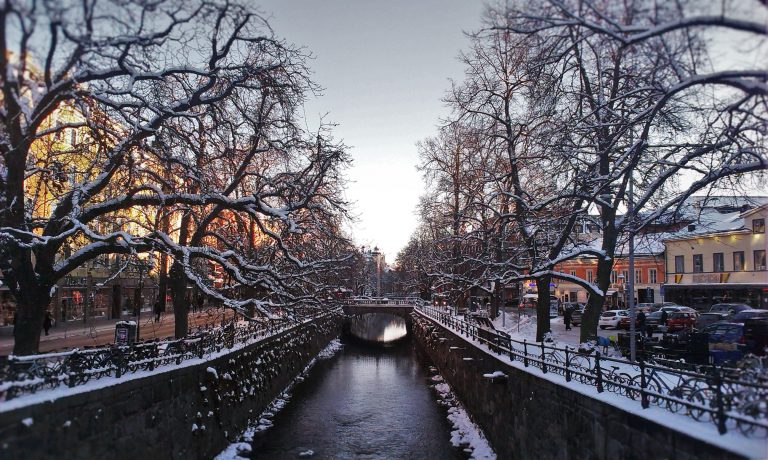 The river has not always been named Fyrisån. It was renamed in the 17th century to honour the Fyrisvellir plains. Before that it was called both Full and Sala. The river is about 80 km long and ends in lake Mälaren, at lake Ekoln (which I described in an earlier post). If you are in Uppsala and follow the beautiful bike tracks south along the riverside you will stumble apon our SLU campus Ultuna. This area is popular among bikers, hikers and usually there are many young parents here running while pushing their babies in those children-wagons. A sight that took me some time to get used to, haha. You can find many bird species and other wildlife as well as stunning sights around here. During summertime you may see people rowing or kayaking downstream. 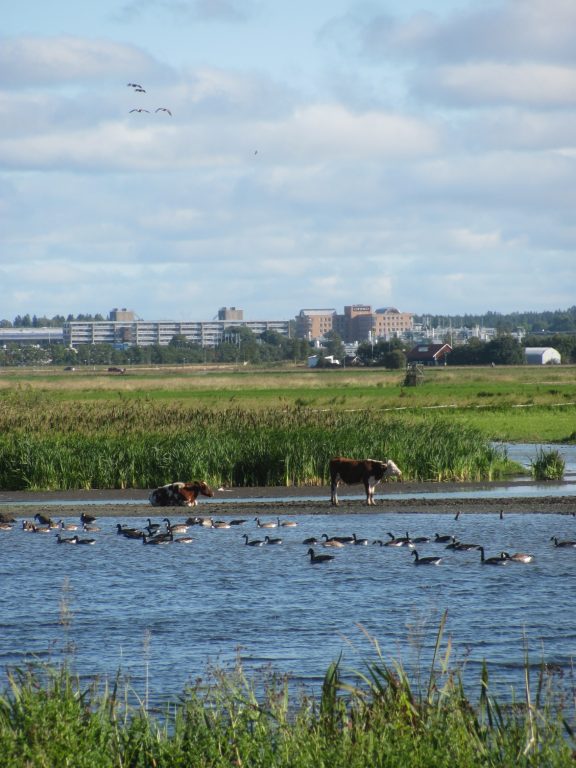 The South-Eastern banks not far from town
Summer 2015

And finally for students Fyrisån has a special meaning because of the Valborg celebration. Every year at the the last day of April a river-race is being organized by students on homemade rafts – which rarely make it to the finishline. This crazy tradition is extremely popular, the whole town seems to come out to watch.  My friends and me were there last year and it was so much fun. Absolutely worth it to sit on a stone bridge for hours to claim a good spot! 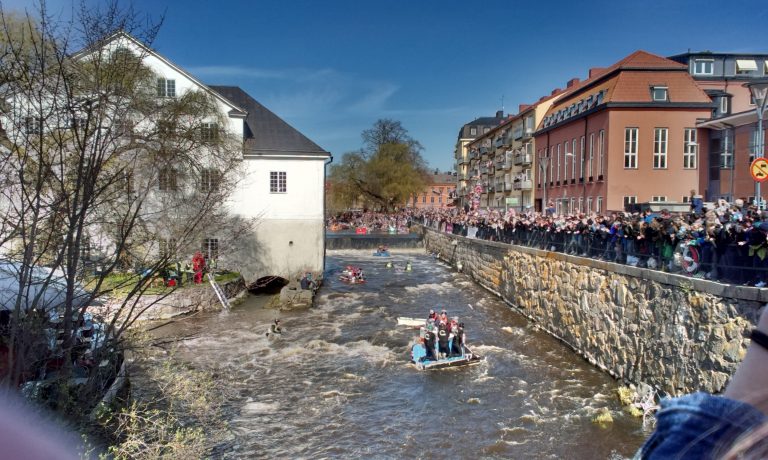 Fyrisån full of students on homemade rafts during Valborg 2016