Often you are so busy with studying and your everyday life that you almost forget you’re actually living abroad. Which is not necessarily a bad thing, as I think in some way it indicates you made yourself at home. And maybe it also says something about how nice Uppsala is. You tend to forget there are some other kind of interesting places nearby… like.. maybe.. Stockholm? Kind of funny isn’t it. This cool capital city is less than an hour away by public transport, yet I’ve visited it only twice last year. I repeat: Twice. This literally means the frequency I visited Stockholm’s airport Arlanda is three times as high. A bit embarrassing really. One of my intentions for this second year of my studies is to spend some more time exploring this fancy city.

“If you like museums, this island will be your little paradise.”

And today I had the perfect reason. My eldest sister and her husband were spending their holidays in Scandinavia and would pay a short visit to Stockholm. Of course I wanted to spend some time with them while they were around 🙂 We met up and spent the most wonderful touristy day in town. First we took a tram to Djurgården, one of Stockholm’s many islands. This island is for a large part occupied by a beautiful park where we wandered around for a while. Autumn has started to take over now, slowly turning the leaves into all shades of yellow and brown. Even though the weather was not that great, it was dry and simply nice to spend some time outdoors. Djurgården island is occupied by many great museums, such as Skansen, the Abba museum, Nordiska museum and Våsa museum. If you like museums, this island will be your little paradise. 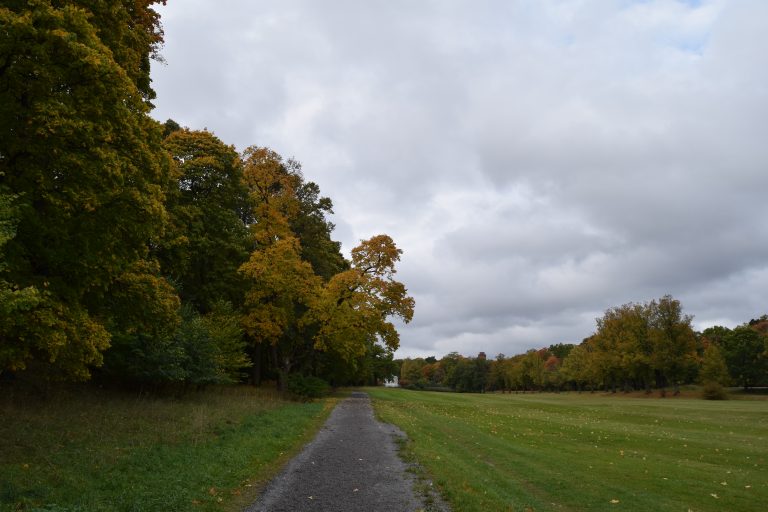 Recommended both by friends and the lonely planet, we decided to pick Våsa. The Våsa museum exhibits a restored warship from the 17th century, which sunk immediately after it started her ‘maiden voyage’. Turned out there was not enough stability in the boat, since the weight distribution was not well designed and the centre of gravity too high up. Oops! The ship had been built between 1626 and 1628, sunk in 1628 and has been hidden on the bottom of Stockholm’s bay for 333 years. They were able to get the ship as a whole back above sea-level in 1961. Conserved by mud, the boat and a lot of items from that era remain in a relatively great condition. I won’t spoil everything, but if you’re ever in Stockholm I would truly recommend this museum. Not only seeing the ship itself is impressive, the museum is also fun, interactive and informative. 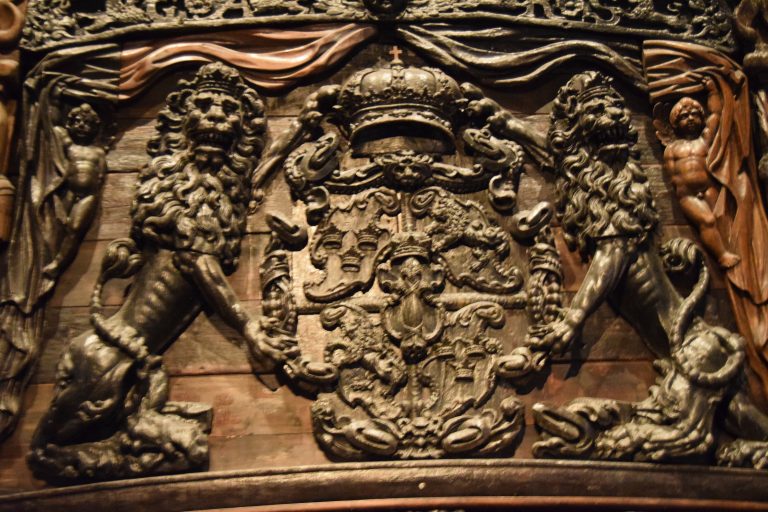 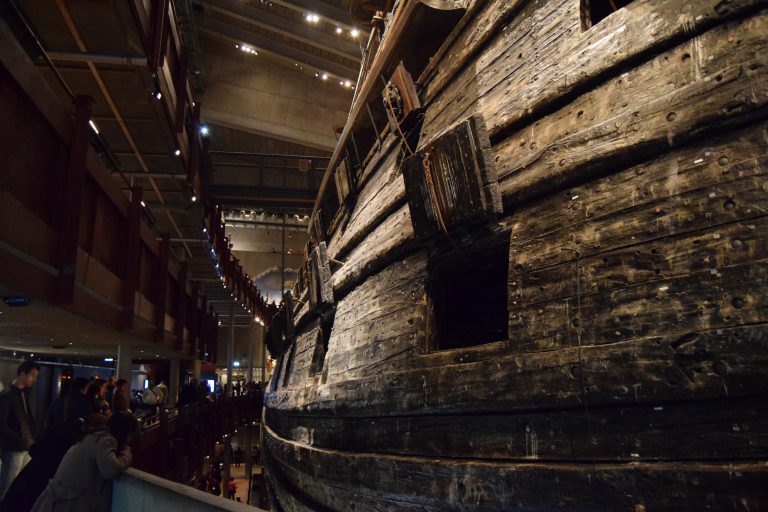 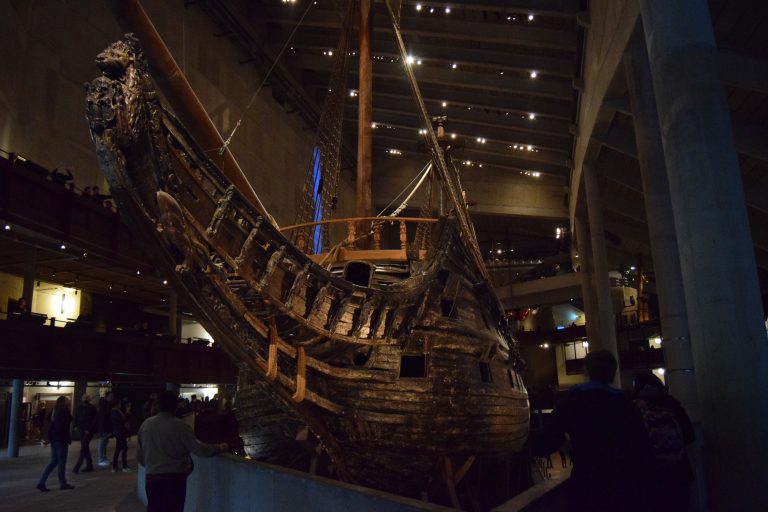 As we wanted to head to Gamla Stan afterwards we took the ferry back instead of a tram. I absolutely love travelling by ferry, and no matter the weather, I’ll be on deck. Seeing a city from the water just gives a whole new perspective. Gamla Stan literally translates into ‘old town’ and as you may have guessed it’s the oldest part of the town, dating from the 13th century. It is located on a small island named Stadsholmen. Besides being cute, unfortunately it’s also extremely(!) touristy. What we did really like though was that the rows of these ‘one of a kind’ souvenir stores were alternated by some stunning local art and handicraft stores. Not very cheap though, ahum, but window-shopping is fun as well 😉 We’ve had a great time together and after a lovely dinner it was time for goodbye and I had to head back to Uppsala. Dear Stockholm, I’ll be back! 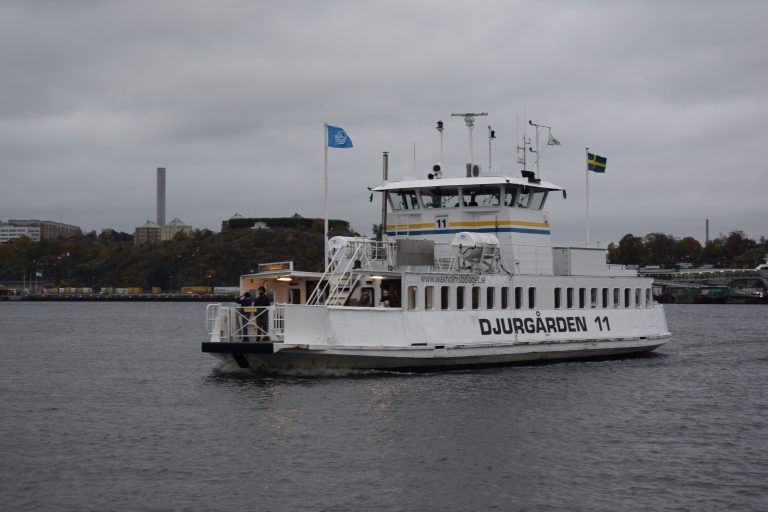 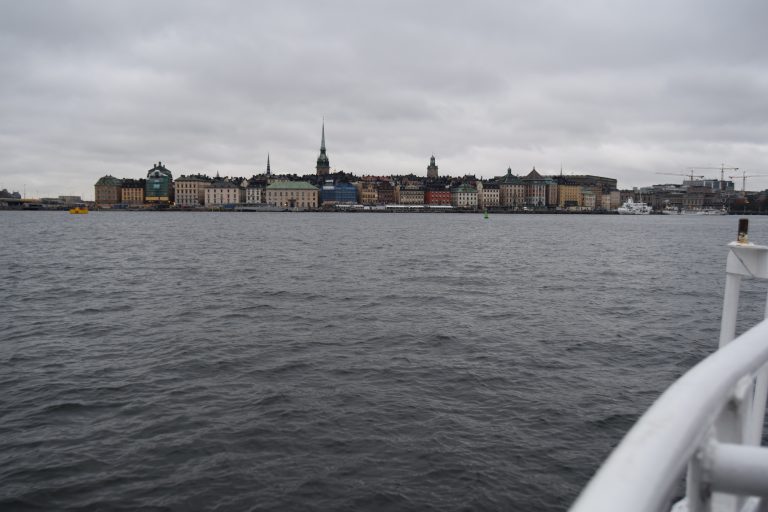 Approaching Stadsholmen island from the ferry