Allright, another post dedicated to the horse-course. As you may have noticed, I am enjoying almost every moment of this course and I am wondering whether I maybe should try to ask less questions during class – my classmates might grow tired of it. It’s just all so interesting! Last week we had classes about the ‘Molecular advances in the horse genome’ by researcher Sofia Mikko and to make a long story short, we talked about genetics. What is heritable and what is not? And if something is actually heritable, to what extent? One thing that is totally defined by genes is the coat colour of horses. We see horses in so many different type of colouring that I thought this would be an extremely difficult topic. However, it is not that bad, or at least the basics are quite straight forward. In fact there are only two main coat colours: Black and red(chestnut). Say what?

“In fact there are only two main coat colours: Black and red. Say what?”

Let me explain this further. There is one gene that decides whether the horse is forming black(dominant) or red(recessive) pigments. And then there are a lot of other genes that can affect this main colour. For example there are genes for diluted versions of the colour and genes causing white patterns and spots. These genes interact with the original genes that are responsible for the black or red colouring. One of the most common is the so called ‘Agouti’ gene. This one interacts with horses that have the gene to be black, making the body partly brown. And that is how the bay horse is created… It might sound a bit strange, but if you think about it, a bay horse still always has black mane, tail and legs. If the horse is red this gene does not express itself, but the horse will be a carrier. 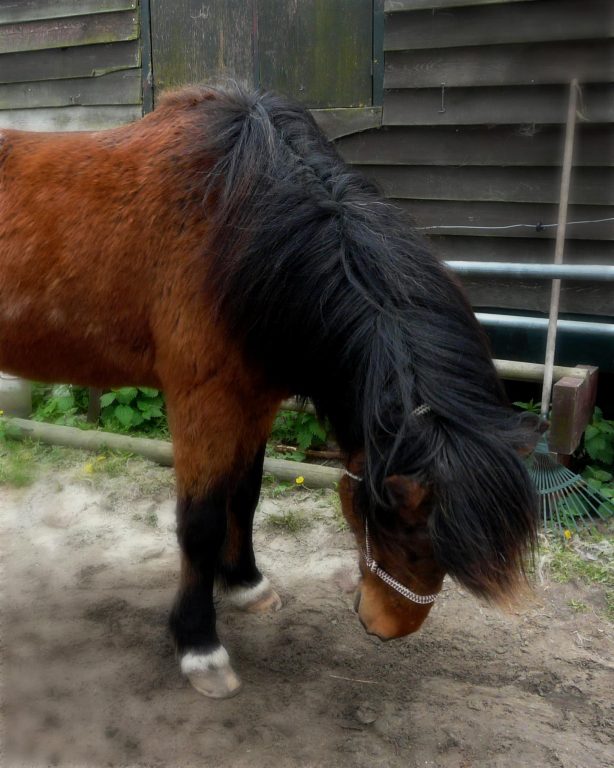 My beautiful horse Jarl, a bay Icelandic. Note that not only his mane and legs are black, but also the tips of his ears. These (together with his tail and nose) are the parts not affected by the agouti gene and express the normal black pigment.

Another famous one is the gene responsible for the grey colouring. You may be aware that a grey horse is actually never born grey. It can be born any colour and turns gradually white over the years. The gene for this to happen is dominant, meaning that a not-grey horse will never be parent to a grey foal. Fun fact: A horse that is homozygous for the grey gene turns white faster compared to a heterozygous grey horse. However, there are also ‘not so fun’ remarks towards this colour. Sadly enough the grey colour – especially the homozygous one – is associated with melanoma(skin cancer) and vitiligo(a pigment related skin condition). 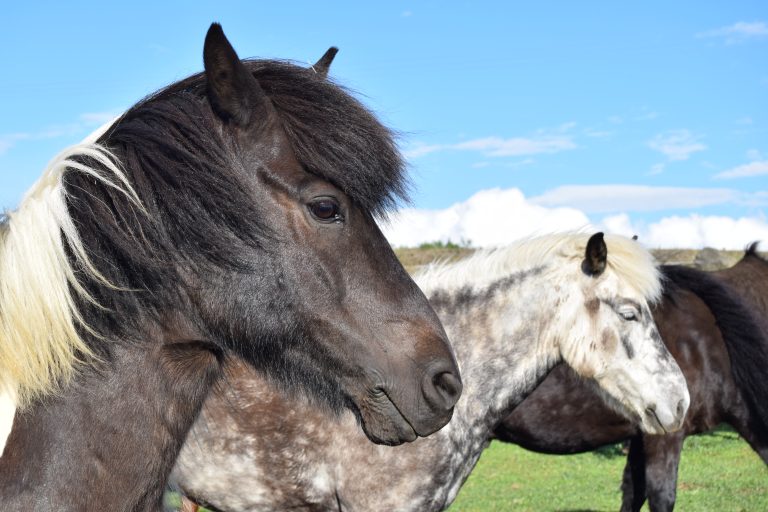 Three Icelandic horses that are all genetically black in their basic genes. In the front Ægir(black with white spotted markings), behind him Kveikur(black with a gene for grey) and behind him a totally black horse.

So you have horses in all types, breeds, and… colours. Which is nice, I mean, lots of those unique colouring patterns are kind of special and I think that to some extent it can be nice to breed for a specific colour that may be rare. However, there are quite some special colours associated with hereditary diseases. And I wonder how many people are aware of that when they are looking for a horse. Or even more important, are they aware of it when they are going to breed with such a horse? For example the beautiful silver dapple colour comes together with abnormalities in the horse’s eye (better known as MCOA). A heterozygous silver dapple horse has increased chances of having cysts in the eye, which may cause vision problems at older age. Though homozygous silver dapple horses are much more likely to develop severe eye problems already from a young age, such as cysts, deformed pupils and vision defects. Therefore crossing a silver dapple with another silver dapple should be avoided for the sake of the horse’s health. Unfortunately some people seem to value aesthetics more than anything else… Meaning to say that in several breeds people aim for some special colour, even though some of these are known to be associated with lethal genes. In other words; having the wrong combination of genes is deadly for the offspring. A famous example of this is the special type of spotting called overo in paint horses, which comes together with the Overo Lethal White Syndrome (OLWS). 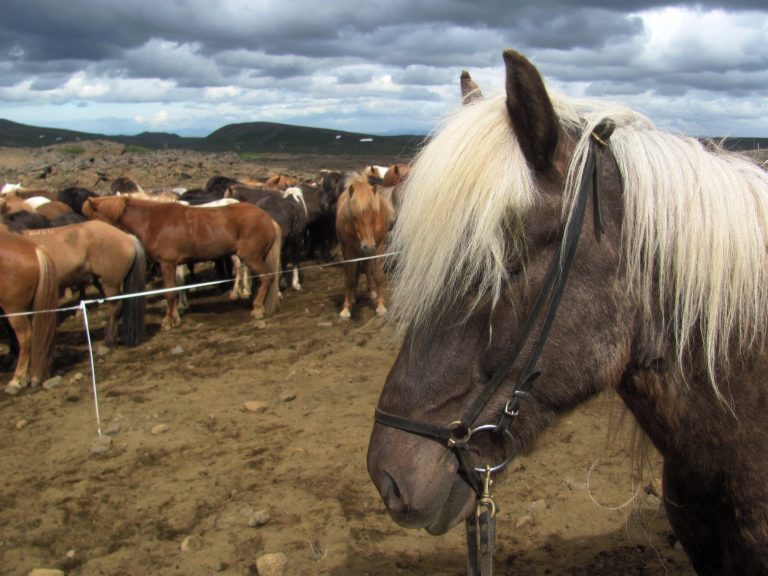 The stunning Heimdalur, an Icelandic silver dapple gelding, in front of a herd of more Icelandic horses.

A generally known saying in Iceland states that ‘a good horse has no colour‘, and I think it would be good for some groups of breeders to think about that a little more when choosing a stallion. If you have any questions or opinion on this, feel free to leave a reply.