Yesterday my roommate Oskar asked me if I wanted to go pick mushrooms with him. To me this is such a Swedish thing. Like, I don’t think any of my friends at home has ever asked me to go pick mushrooms together – nor do I think that any of them would be able to identify the edible ones. However going out into the forest to pick berries and mushrooms is a popular thing to do here and totally legal thanks to the ‘allemansrätten‘. This ‘every man’s rights’ gives every person the freedom to access any land as long as you don’t disturb or do any damage. You can even put your tent up wherever you fancy, but for one night only.

So yes, into the woods we went! Well prepared with a straw basket, some food and water, rain clothes and camera we made our way into the forest. The typical thing about picking mushrooms – or berries – is that you don’t want to stay on the tracks. The further you go off track, the higher your chances nobody has already picked away before you. I wasn’t too fond of this idea in the beginning, but it all worked out well and I guess getting lost is quite hard nowadays as long as you have internet connection 😉

It was stunningly beautiful. Summer is coming to an end and the mosses are having all different colours. There are still a lot of berries which brighten the lower layers up with their pretty blue and red colours. And there were so many mushrooms! In all shapes, sizes and colours. I felt very grateful to be with an experienced picker as honestly it took me a while to get the hang of not mixing the poisonous and edible species. Kind of important. Turns out most of the species aren’t edible at all, or we weren’t sure enough to take them. But still really pretty to look at. 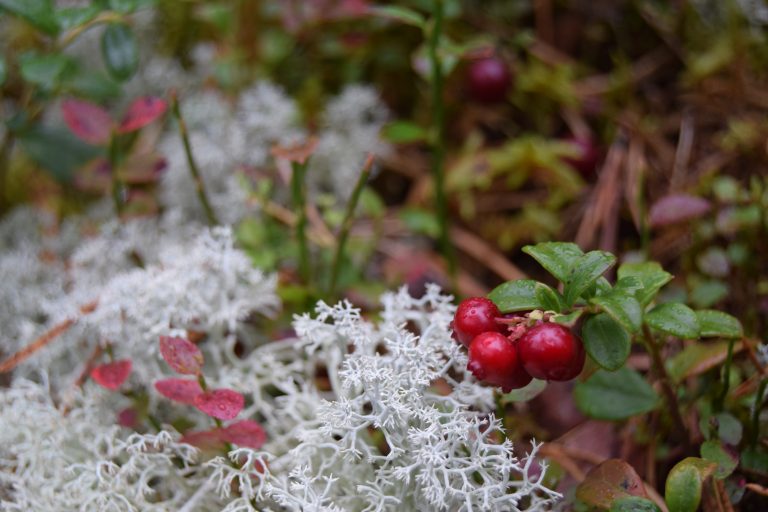 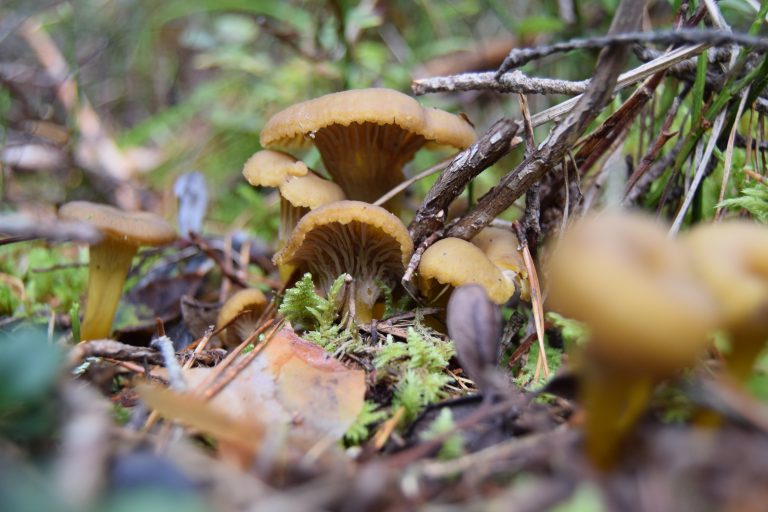 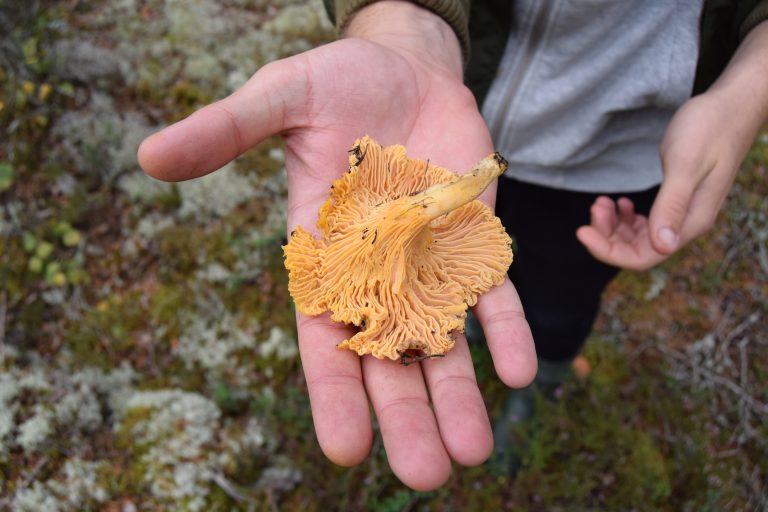 Finding the good ‘shrooms’ needs a trained eye. You often only see a tip of a shroom. Then you start to carefully dig away the mosses around it, which often gives view on a lot more of shroom! It’s like opening a present or finding treasure – extremely satisfying. And once you find one shroom there’s almost guaranteed to be many more around you, though maybe still hidden under the moss. You have to be a bit lucky as well of course but it was really often that we shouted at each other ‘oh, look, here, even more!’ – again and again. Swedes even have a word in their language that does not translate into anything in English, but kind of means ‘secret spot’. For example a well hidden place in the forest one person likes to come back too, for example to pick mushrooms. This is called smultronställe, and happens to be the favourite Swedish word of my friend Caitlin.

When we had collected a satisfying harvest we decided on making a small fire. Building a fire is something I find pretty challenging anyway, but in a wet forest I would have had zero chances on my own. However Oskar knew several tricks and with the help of some special oily bark we soon had a cosy fireplace. We warmed some french bread and marshmallows while enjoying the beautiful spot we picked. At some point there were a lot of birds chirping around making the moment even more cheerful. After making sure the fire was out for real we started to head back. We went first to Oskar’s mother where we had a little fika while cleaning our harvest, which was really lovely. 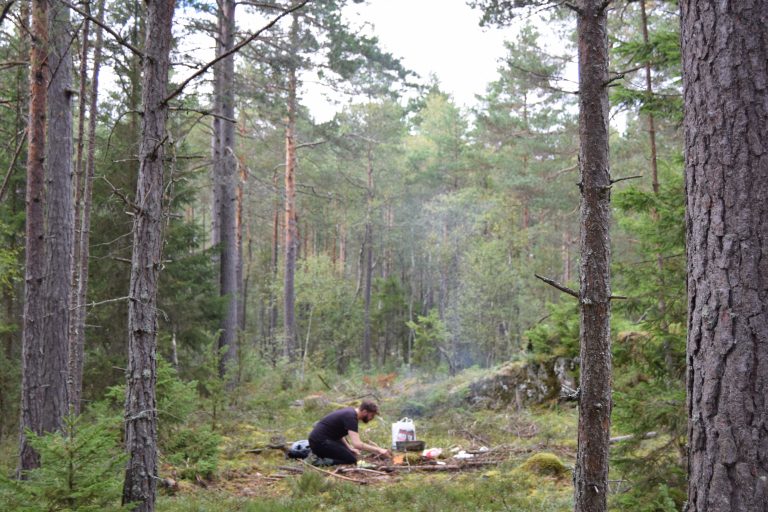 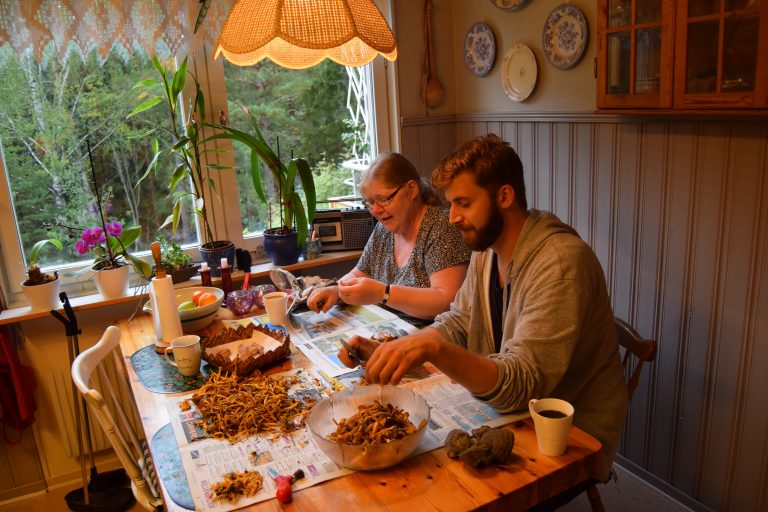 All together it has been a wonderful day and I think it’s a great thing about Sweden that you are so close to nature. You really can’t go far without running into a forest, haha!