Even though I’ve lived in Sweden now for almost two years, somehow I’ve always missed out on summer. My roommates were quite upset when I left last year early June, to come back end of August. “You survived all winter, but now you’re going to miss the best time of the year!”, Oskar would tell me with great concern. However, this year I am going to spend most of summer in Uppsala and I can tell you it’s been quite great so far. Honestly, today is the second time I even got sunburned. Not something to be proud of, I know… but I am just amazed by the strength of the sun! 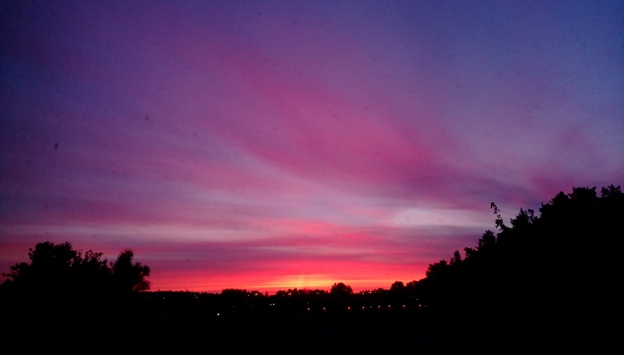 Night sky at 3 am. It’s perhaps a tiny bit darker around 1-2 am, but not much really…

It seems like the sun is trying very hard to make up to us for her winter absence. Was she in winter only around for a few hours, now she just never wants to leave. Giving the night a nice glow, never allowing darkness to fall completely. These long summer nights create such a warm and vibrant atmosphere. Uppsala has gotten more empty now most students have left for summer break, yet those still around are enjoying themselves with barbecues, gardening, drinking on terraces, playing outdoor games and cocktail party’s. The grass area between the student housings here in the Flogsta area, has the nickname of ‘Flogsta beach’: People are laying around in their swimwear reading books, while others are playing beach-volley nearby.

Are you considering studying at SLU but worried about the weather? Well, I can not take away your fear for winter, but at least summer is a real thing, even here in Scandinavia 😉

Oh, I can’t wait to see those faces…

This time I am blogging from my parents place in the Netherlands. Such a blessing to be able to spend Christmas with my family at home. Even though I love my life in Sweden, and we always feel sad about not having a white Christmas in Holland, it is great to be back for a little while. Many of the international students chose to go back over the holidays. Actually, many Swedes do the same. For Swedish students whose parents are living up North or down South the journey can be as long and expensive as my own travels! Therefore there are quite some Swedish students who haven’t seen their families since summer holidays either. I’d say there aren’t many students left in Uppsala during Christmas, but I know that the ones staying behind usually have a wonderful time as well. At least the city looks very merry with all the lights out on the streets. 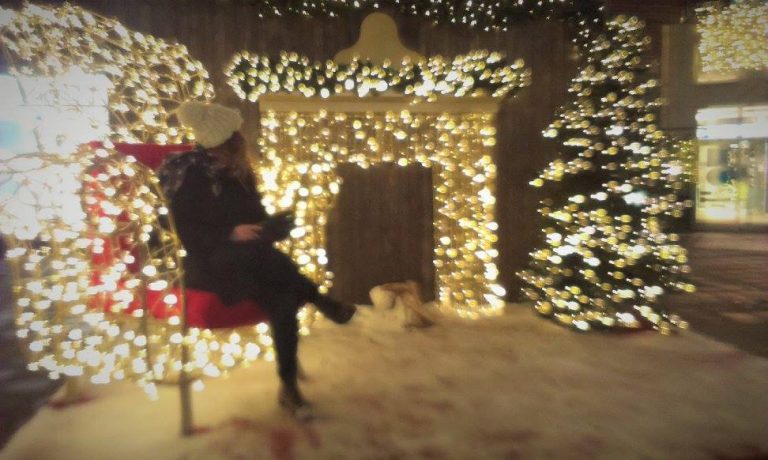 Many Swedish families put these traditional advent candles behind their windows, which looks very cosy from outside. I didn’t really know about advent before moving to Sweden. Advent originates from the Latin word Adventus which translates to ‘coming’. Four weeks before Christmas the advent starts and the sundays before are called the first, second and third advent, and the fourth advent takes place on the 24th of December. Advent is originally a Christian tradition, but I have the feeling that it became more of a cultural tradition rather than a religious one in Sweden. To Swedes these advent sundays seem to be the perfect excuse for extra luxurious fikas 😉 The advent fika comes with another delicious pastry named pepparkakor combined with glögg, a mulled wine.

Another tradition I adore is the start of a children show on television on the first advent: The Julkalendern. From this day, until Christmas, every night there will be a short episode of about ten minutes broadcasted on television. Obviously the stories have been made for kids, but a lot of my Swedish friends have never stopped watching it since they were young. My roommates – two guys in their mid twenties – have been faithfully watching every day and were also arguing which of the series they loved most of the past years. I still have some catching up to do, but I watched the start and it looked very nice, a little mysterious. A great way to practice your Swedish! You can find the trailer below.  God Jul allihoppa!